If we think of Cabernet Franc today, for sure not Pannonhalma wine region and especially not a small family winery comes to our minds. But still, the Cseri Winery is a good source of information when it comes to the specialty and potential of the variety.
The Pannonhalma wine region became well-known for its white wines over the past years, but that is
not the whole truth anymore. I only have to mention the Cseri Winery, whose vineyards include over
40 percent of blue grapes. It is important to mention that a lot of blue grapes are not only used for
rosé production but the winery puts a great emphasis on the production of high-quality red wines. At
first, it might sound unbelievable since the region is known as a cold climate region. However
nowadays with the change of the climate, the blue grapes can be harvested with better quality and
more ripe year by year.

The cellar planted its first 3 hectares in 2010 and in the following 3 years it expanded to 10 hectares.
The carefully chosen, south-southwest, high located fields provide an environment for the grapes
where even a Bordeaux variety grows healthy and ripe clusters. Knowing this, Norbert Cseri chose
Cabernet Franc among others already at the first plantation and later on, he found the variety
essential on the two other fields as well.

But what exactly drove the winemaker to make this decision?

It was a deliberate choice. First of all, his dream was to make a Bordeaux blend, but the climate of
the region is not ready for Cabernet Sauvignon. Therefore Merlot and Blue-Frankish were chosen as
Bordeaux varieties. Moreover, the challenge and getting out of his comfort zone was always an
inspiration for Norbert, therefore he decided to show what Cabernet Franc is capable of in this
region. The first single variety was produced from the 2017 harvest and the winemaker referred to
the wine as „image defining” when it comes to red wines. He pointed out that he prefers the strong
spiciness paired with mature silkiness. The ripe tastes and aromas can be also described as
characteristics of the variety. He also described Cabernet Franc as the spiciest red, that gives a
special experience to the consumer. Especially compared to the soft and creamy Merlot and the firm
Blue-Frankish. The spiciness is a good characteristic when it comes to food pairing. It fits red meats
very well.

The 2017 single variety Cabernet Franc is dry, with 15% of alcohol, which gives the wine an alcoholic
sweetness, which suits well the spiciness, the aromas of red currant, clove and mint. The wine was
aged in new and 4-year-old, Hungarian and American barrique barrels for 12 months after 21 days of
maceration and fermentation in tubs. The oak aging brings out the taste of chocolate, sage and
cedar. Until the debut – end of October 2019 – it was aged in bottles. The full-bodied wine comes
with light tannins, that give a nice and long aftertaste.

It is not a regular variety and it has a lot of potentials to discover for the Hungarian winemakers. As
for the Cseri Winery, the variety will have a priority role, so the consumers can become familiar with
the Hungarian Cabernet Franc and they can acknowledge its existence. 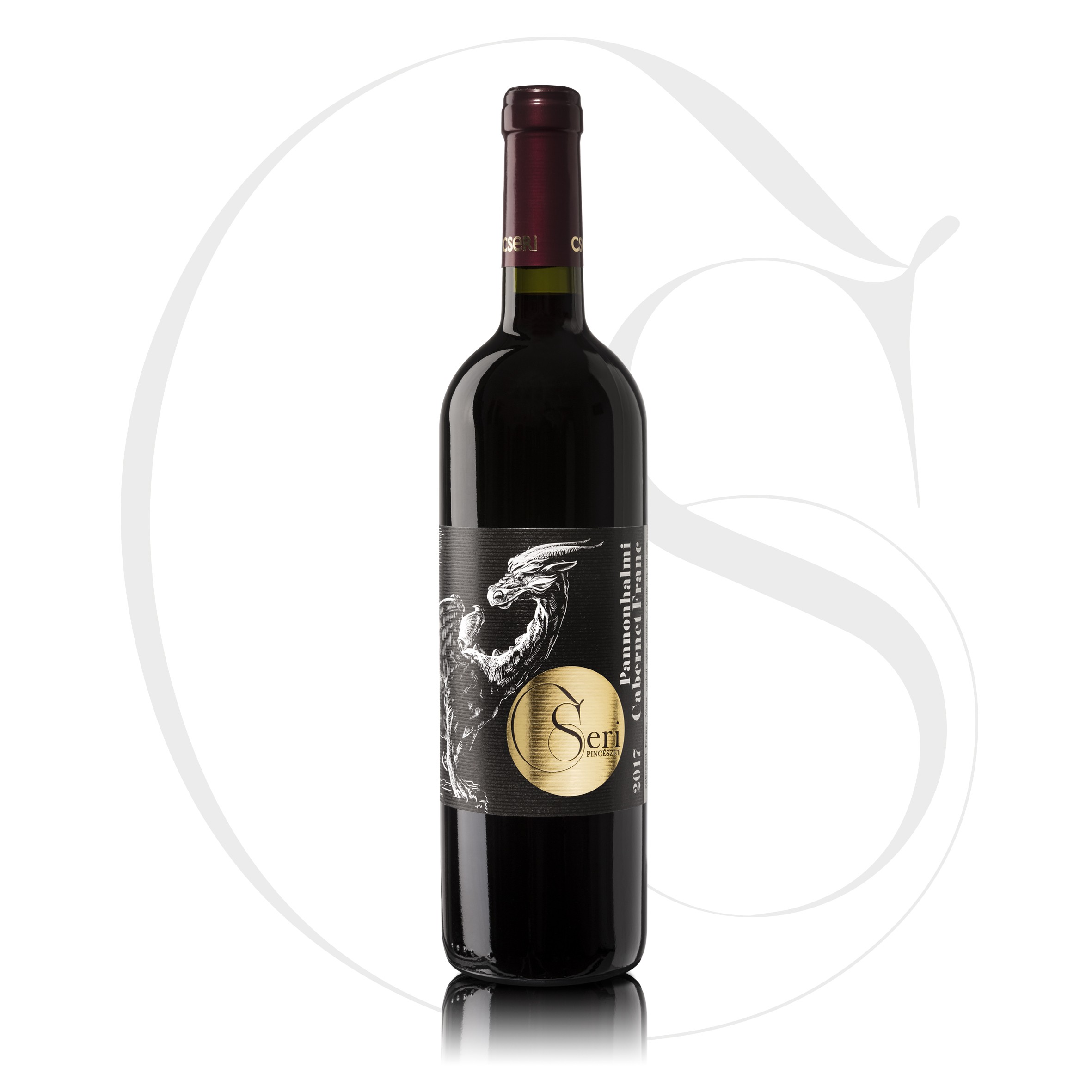